The Importance of Validating and Testing Health Data-Migration Process

Recently a doctor in California had to treat an elderly patient who was twitching uncontrollably. The doctor assumed that the patient was suffering from epileptic seizure and was about to send him to the neurologist, but soon the twitching stopped and minutes later the old man seemed to be fine. Unsure whether to send the man to a neurologist, as he would do in case of an epileptic seizure, or to intensive care, the doctor contacted his senior for assistance. The senior took time to go through the medical records that were recently migrated from paper-based legacy system to the new EHR system and instantly found that it was not a case of epileptic seizure. “Send him over to me right away,” said the senior doctor. Minutes later, the patient was put on a cardiac monitor and was confirmed that he was suffering from a serious heart ailment. The patient used to twitch whenever there was a long pause between beats and he was at risk of cardiac arrest. Hence the senior doctor transferred the patient to ICU, for a pacemaker surgery.

The situation would have been totally different in case the hospital hadn’t migrated millions of records from their legacy based system to the new EHR system. And if you think that successful data migration is a small feat, think again! If industry experience is anything to go by, this to be one of the most cumbersome, risky and time-consuming healthcare projects. And in fact, as per a recent survey nearly 80 percent of the data migration fail to meet the expectation, resulting in cost overruns and delays.

For an elaborate understanding of the difficulties involved data migration consider the case involving Kaiser Permanente’s chain of medical centers, which consists of 37 hospitals, 15,857 physicians, 9 million members and even greater number of medical records. It is extremely risky and highly complicated for a healthcare setting of such huge magnitude to transfer all the medical records without compromising on business benefits, such as reduced costs, improved productivity, and data manageability.

Yes, many issues arise during data migration, but there are ways in which you can tackle these concerns and solve them before them turn into serious problems. Testing and validation is a proven way to tackle this problem. To be more precise, if you aspire to reduce risk and guarantee that the data has been transferred successfully, it is essential for you to employ testing and validation strategies in your migration projects. Testing and validating every minute detail between legacy and target system is in fact one of the safest way to discover critical misses and avoid data corruption.

You may be well versed with the source data, but this does not essentially come to your rescue while migrating and modifying data into a target system. And in spite of your knowledge of source data, you may still fall flat on your back if you fail to carry out appropriate test cases. Hence opt to explore various scenarios and avoid the risk of developing problems when it is too late. 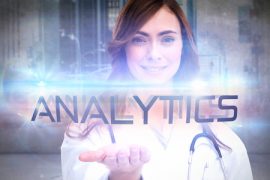 Why You Need a Healthcare Data Analytics Plan and How to Get Started?

Why an Analytics-driven Revenue Cycle is a Must for Your Financial Viability?