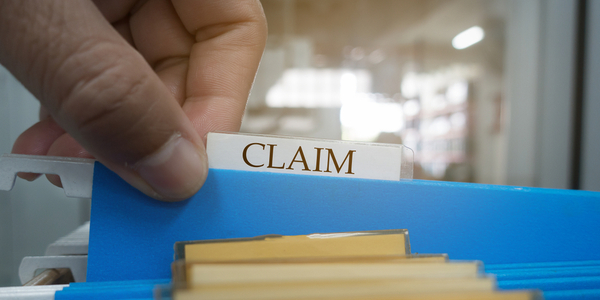 Coding errors are costing providers thousands of dollars each year. An in-depth evaluation of the errors has shown that bulk of the denials are due to the smallest of errors. The errors can be as simple as incorrect basic information to overlapping dates or a typo that leads to an extra 0 and so on. According to the American Medical Association, medical coding errors are considered in the broad categories of fraud and abuse. Apart from the fact that submitting a wrong claim impacts the reimbursement revenue, committing compliance and coding errors in claims processing can invite costly penalties and put your medical practice under the scanner.

Submitting inaccurate claims can result in several negative implications starting from penalties, brand defamation to significant revenue leakages. Processing incorrect claims for Medicare or Medicaid is considered as a gross violation of the Federal Civil False Claims Act (FCA) which invites costly penalties. The most common but critical consequence of coding and compliance errors is having claims not reimbursed by the insurance firms. In light of these implications, here are some of the coding and compliance mistakes that have been impacting claims processing.

Inaccurate procedure codes– The transition of the US healthcare from ICD-9 to ICD-10 diagnostic codes has increased the quantity and specificity of diagnostic codes for a doctor. For instance, complex health conditions like hypertension are related to multiple medical conditions such as heart and kidney diseases, pregnancy, among others. These have numerous layers of specific diagnostic codes which have to be appropriately selected to obtain a Medicare coverage.

For instance, upon applying a specific ICD-10 code, Medicare covers for osteoporosis bone density screening, but will deny covering for ICD-10 code M85.80.

Did you know that medical error has emerged as the third leading reason for patient deaths in the US and billing mistake is among the most commonly occurring medical errors?

Upcoding– This is a term used when patients are billed for services that they have not actually availed. It also includes surgical procedures that were conducted on patients, but they were billed for the same. It is speculated that upcoding is a result of mistakes committed by the billing department while entering the diagnostic codes or because of physicians providing inaccurate information.

Under the False Claims Act, it is considered a serious fraud and patients can file a qui tam lawsuit for a government probe into such billing practices. After a lawsuit was filed and a subsequent probe, NextCare Inc, a US-based emergency medical care provider had to shell out USD10 million to the federal government and other states. The caregiver was accused of excessive billing and conducting redundant procedures.

Did you know that upcoding along with compromised clinical information elevate expenses to over USD 100 billion annually as it requires additional prescriptions and procedures?

Unbundling– It refers to the process of separating one medical procedure into fragments to assign separate codes to them and bill them individually despite the existence of a comprehensive code for the procedure. This was identified as a medical coding malpractice by AMA in 2018 and it can invite qui tam lawsuit under the False Claims Act.

Did you know that in 2014, Duke University faced a USD1 million False Claims Act lawsuit as the institution was accused of separately charging for cardiac and anesthesia services that were actually performed together.

Inaccurate telemedicine coding– The wide adoption of digital technologies in healthcare has increased the scope and quality of services just as it has improved access for patients to medical services. But these have also triggered complexities in the medical billing process. Inaccurate uses of modifiers to depict telehealth services invariably result in payment delays. For instance, the GT modifier is applicable for real-time telehealth services provided to patients via audio or video systems. On the other hand, the GQ modifier is applicable for services that are provided by asynchronous telecommunications systems.

Did you know wrong mention of the site visited by patients to receive medical care, results in denied telehealth claims? According to the findings of Med USA, these denials cost about 3.3% of the total revenue of a healthcare organization.

How to Mitigate Coding and Compliance Errors to Smoothen Claims Processing?

Coding and compliance errors can be avoided by engaging some simple yet critical strategies. Take a look at some of these strategies that can aid to improve claims processing:

Check for inaccuracy in codes– Assigning accurate diagnostic codes is an absolute imperative for claims to get reimbursed from insurers. Organizations must ensure that their billing staff receive extensive training for coding tasks. They must use the most updated coding books for reference in order to avoid committing costly coding errors. Third-party medical billing service companies use tools that send reminders to train employees on the coding process whenever it deems necessary. Costly coding and compliance mistakes can also be avoided by leveraging a claims clearinghouse. This checks and identifies erroneous claims before they are processed.

Ensuring highly specific coding– Coders are responsible to take precautionary measures to ensure specificity of diagnostic codes. It is because certain ICD-10 codes require their last two digits to be absolutely accurate in order to avoid claims rejection. It is always a safer option to refer to an updated codebook when a coder is confused about whether a diagnosis was accurately coded or not.

While documenting, coders must continuously look for and cross check for specificity.

Minimize upcoding– It is understood that for most of the organizations, upcoding is accidental and not a deliberate action. To avoid this, coders must maintain proper documentation of the initiation and conclusion of every medical procedure to properly bill them. Usage of an unlisted code to bill for a service must be mentioned in the document to avoid any confusions.

Taking out incoherence in telemedicine coding– Billers and coders must ensure that patients have visited the origin site from where they have stated to have received the medical care. This is one of the critical parameters set forth by Medicare. Coders must use a GT or a GQ modifier with the standard CPT code as Medicare and insurance firms tend to track the frequency of telemedicine visits by using the code.

By the end of this article, it is evident that while for most of the organizations, coding and compliance errors are not necessarily deliberate, but the consequences befall on an equal scale. Apart from a severely impacted claims processing, the regulations that protect consumers from health fraud do not excuse organizations for their lack of knowledge. Therefore, it is extremely crucial to have all the safety processes or protocols in place to avoid such errors or place their faith on efficient third-party medical billing companies who can help you to mitigate chances of coding and compliance errors that can impact claims processing.